Curious Minds has been evolving since being established in 2009 to deliver Arts Council England’s Creative Partnerships programme across Lancashire and Merseyside.

Creative Partnerships was England’s flagship creative learning programme, designed to develop the skills of children and young people across England, raising their aspirations, achievements and life chances.  As part of a national network of Area Delivery Organisations, Curious Minds worked in partnership with 350 primary, secondary and SEN schools and 4,000 teachers and school leaders, bringing creative workers such as artists, architects and scientists into schools to work with teachers to inspire young people and help them learn.

The government announced its plans to withdraw funding for the Creative Partnerships programme from the end of the academic year 2010/2011 forcing us to re-think the future.  Remaining true to our founding vision, mission and beliefs, we applied to become the Bridge organisation for the North West of England and have been delivering the role successfully since April 2012.

We work hard to balance being the North West Bridge organisation with the delivery of a wider portfolio of programmes designed to enhance and extend the impact of the Bridge role.

The legacy of Chris’s work ensures that Curious Minds continues to have a significant impact on schools, children and young people across the North West, and that the organisation now enjoys a solid reputation upon which it continues to grow and prosper.

In 2019, Curious Minds commissioned social research specialists, Social Value Lab, to conduct an independent review of the impact the organisation is making upon individuals and organisations across the cultural, education and youth sectors. Naturally, no study like this can be entirely comprehensive and the research phase for this work was somewhat impacted by the Covid-19 pandemic. Despite this, the findings presented in Social Value Lab's Evaluation Report to Curious Minds provide ample and strong evidence that we are, objectively, making the difference we hope to make as a catalyst for cultural education. 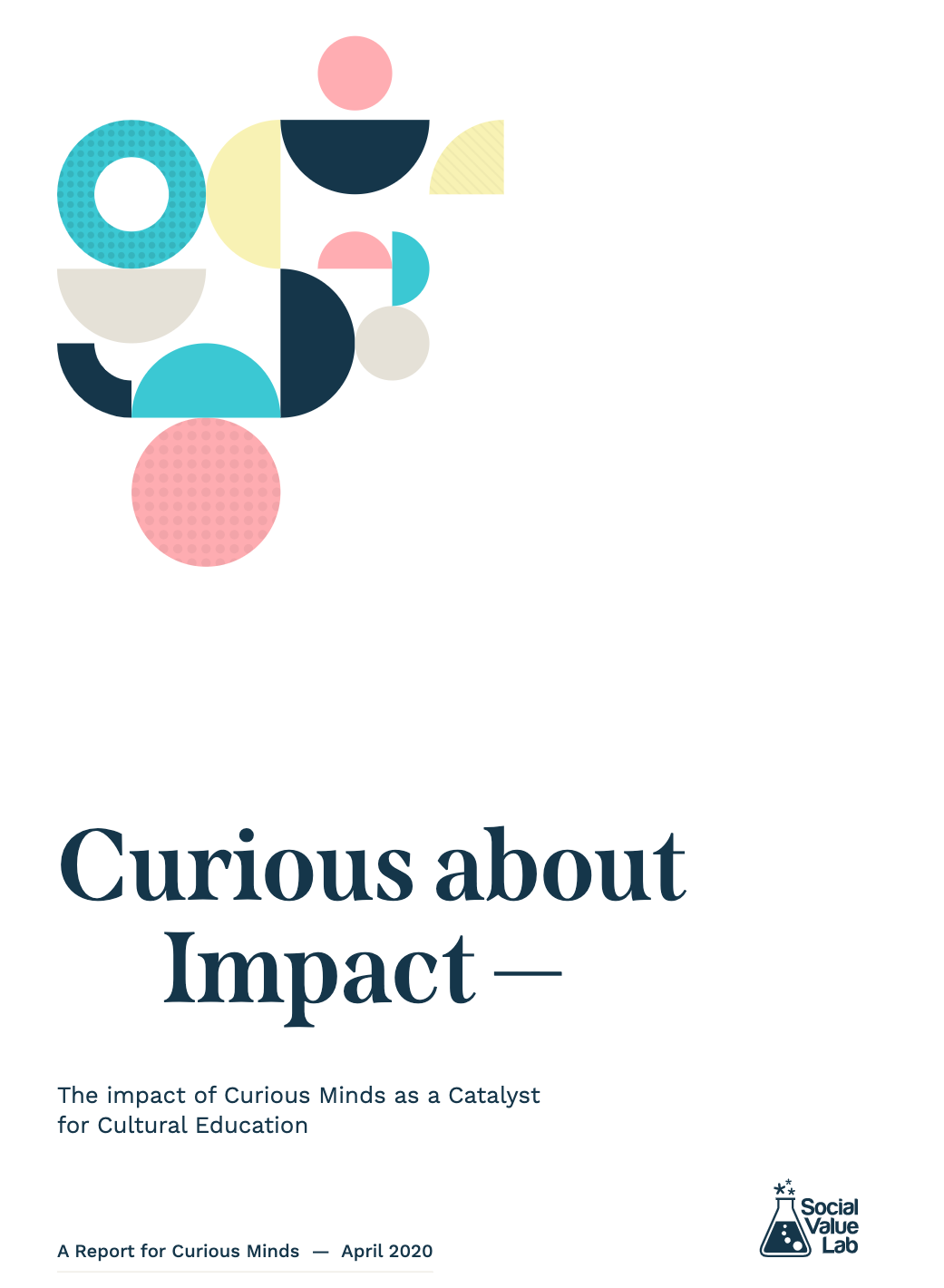 Curious Minds is a catalyst for cultural education, changing policy and practice one teacher, one cultural practitioner or one youth practitioners at a time.

We are also proud of how we stepped up to the challenges of Covid-19: the difference we’ve made to individuals and organisations impacted by lockdown; the alliances we’ve forged; the partnerships we’ve brokered; and the creative activity we’ve helped make happen.

In November 2020, we published a report Form Curious in a Crisis to Curious in Recovery - which offers deeper insight into what we've been doing, the people and organisations we have helped and the difference they have told us it has made for them. 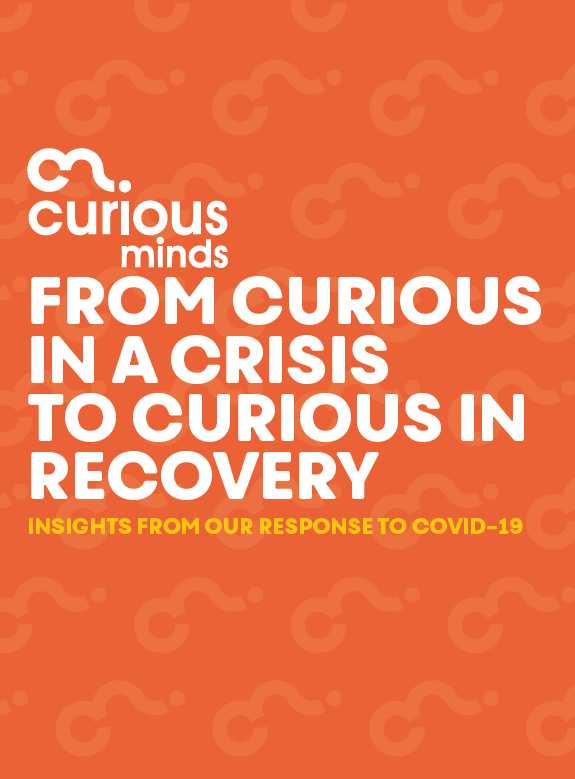 We can’t talk about the history of Curious Minds without remembering the significant contribution made by founding Chief Executive, Chris May.

Chris was an exuberant figure, full of life and passionate about his work. He was immensely proud of the achievements of Curious Minds, our team and our partners, believing strongly that this should be an organisation centred on a moral purpose, making a real and lasting difference to children’s lives. He drew pleasure from his collaboration and dialogue with others and hugely enjoyed working alongside the education, cultural and community sectors right across the North West and beyond.

The legacy of Chris’s work ensures that Curious Minds continues to have a significant impact on schools, children and young people across the North West, and that the organisation now enjoys a solid reputation upon which it continues to grow and prosper. 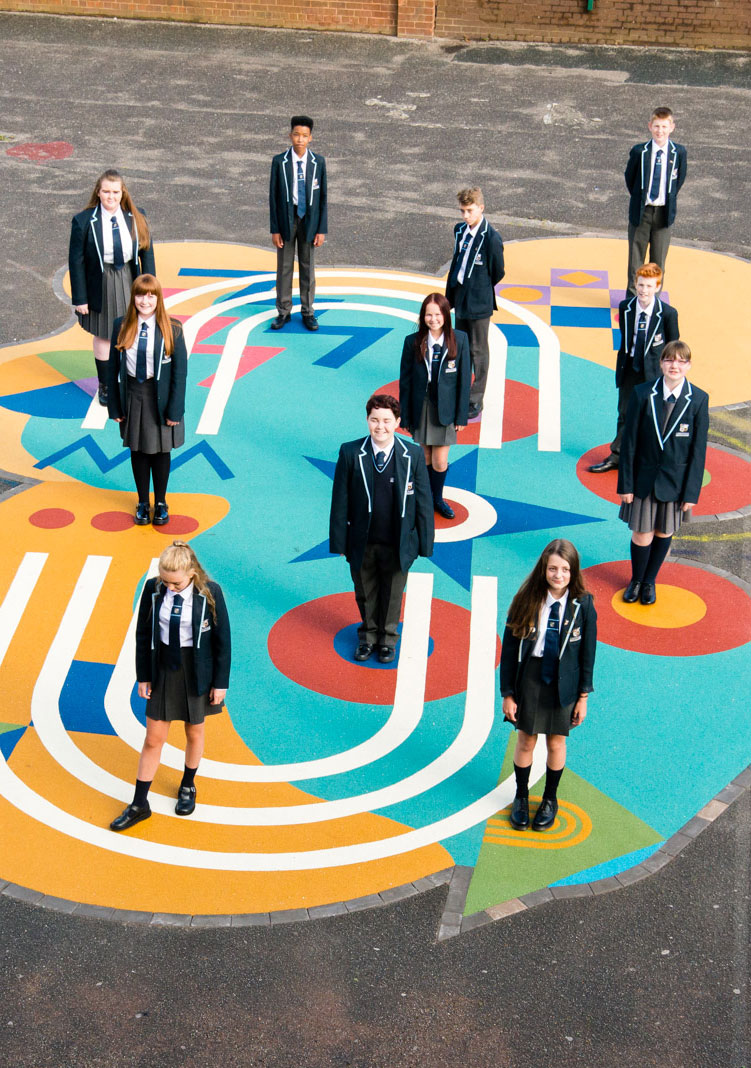